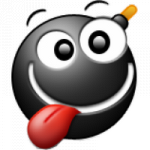 Hi guys, I'm your local Insurgency expert and friendly Administrator, Yingerman. You can find me on Steam, Origin, and PSN with the same username.

I'm an active person who spends his downtime on the computer. I've been rock climbing since the summer of 2010 and my highest redpoint is 5.12a (for those rock climbers out here ☺). I enjoy business and computer science, and enjoy cleaning and staying organized.

What Do I Do Here?Edit

In addition to creating the backbone mechanics of the wiki and adding the primary content to any page, I dig through the game's source files to uncover all of the hidden stats that make this wiki so unique.

How do Insurgency and I Relate?Edit

I've played 1000s of hours of the Battlefield series, and I would have considered myself a competitive fanboy. While I enjoyed the time I spent with Battlefield, I felt like normal games did not enforce a team cohesion I was looking for. I did not like corporate direction that the series seemed to be taking, and the disgraceful launch of Battlefield 4 finally destroyed my enthusiasm in the series. I decided to move on.

I learned about Insurgency through Youtuber LevelCapGaming. The amount of teamwork and cooperation used was new and profound to me! I purchased the Insurgency soon after, and I've been hooked since.

I strive to use teamwork and strategy to overwhelm opposing teams.

What About the Insurgency Wiki and Me?Edit

As a former competitive player, I wanted to know every little detail about every aspect of Insurgency so that I could have an edge over my opponents. When I searched for this information, however, there was none to be found! I found this abandoned Insurgency Wiki with only 6 pages and I decided to use it to document my findings so that I could use them later. As it started to grow, I began to see the project as a way of giving back to the developers for creating such a unique game. I hope that this wiki will help establish Insurgency in the competitive community, and help show the world how passionate we are about this game.

Retrieved from "https://insurgency.fandom.com/wiki/User:Yingerman?oldid=10722"
Community content is available under CC-BY-SA unless otherwise noted.