The WUMP (German: Universale Maschinenpistole) is a blowback-operated, magazine-fed submachine gun developed and manufactured by Heckler & Koch. It was developed as a lighter and cheaper successor to the MP5, though both remain in production. The UMP can be chambered in .45 ACP (UMP45), .40 S&W (UMP40), and 9×19mm Parabellum (UMP9).

The UMP-45 is a submachine gun featured in Insurgency.

The UMP-45 fires a larger round that deals more damage than the MP5K, but suffers from greater recoil and a slower rate of fire of 600 RPM. This makes the UMP-45 more suitable for close-mid range combat. 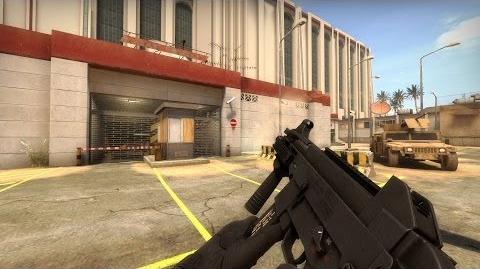