A Slug is a solid projectile designed for use with a shotgun. It was originally designed for hunting big game, and was observed to be more effective at range than buckshot. Slug rounds are essentially big bullets; A single lead projectile replacing a buckshot spread. The projectile itself is also rifled, reducing air resistance after being fired. Much like its in-game counterpart, slug rounds extend the range of your shotgun, but not to the extreme that's present in Insurgency.

"Slug rounds maintain a much tighter radius allowing shotguns to be used in medium to long range engagements."
— In-game description

Slug rounds are the alternate shotgun ammunition type in Insurgency. It is an optional ammo type for all shotguns that costs 2 supply units. Equipping slug rounds make you exchange sheer CQC damage, for better range and accuracy.

Overall damage is not changed very much. While you only need to spend a single point to have access to a shotgun, sinking an extra two is probably worth the point spent, unless you aim for an equipment-focused build. 1-shot kills are still quite possible, you theoretically turn your weapon into a pump-action sniper rifle.

The TOZ and M590 severely lack range, in Insurgency. Slug rounds take that range up to eleven, and will even allow the user to effectively counter-snipe, if need be. An accurate player is a terrifying force on the battlefield, effectively shutting down unsuspecting quarry. For contrast, shotguns with buckshot ammunition will struggle to earn 1-shot kills outside of close range-- A massive difference between the two ammo types.

The only real downside to slug rounds is that you no longer have access to a shot spread. Multiple lead projectiles will help accommodate those with poorer aim. For the accurate player, there's simply no reason not to use slugs, however. They make the shotguns far better as weapons. Pair the shotgun with a foregrip and optic of your choice, and you have yourself a very potent shotgun. But since this is a choke, the spread is reduced but not eliminated. You can still bit multiple targets at long range.

As far as your build with slug rounds go, an optic is a worthy investment, if you don't have a mod that gives you far clearer iron sights. Adding in a foregrip, for another two points is also optional, if you aim for a gun-focused build. Finally, the laser sight is an optional, but expensive attachment that rounds out your shotgun's performance. It's really only helpful in close quarters situations, where you lack the time to aim. Given its price, the attachment may not be worth the point spend for the slug shotgun.

As a final, and interesting note, kills with slug rounds will almost always kill instead of suppression.

Note that all the data above refers to actual slugs. This game's slugs is just buckshot with a medium choke. Sure, you might get a long range kill or 2, but it is not possible to do tricks that only the Mosin and M40A1 can do. 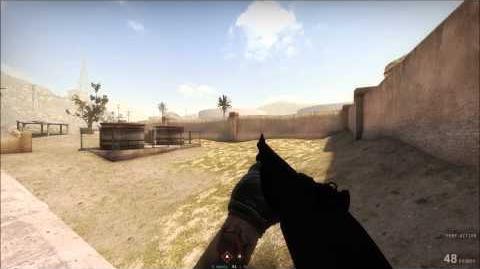