The RPK is a light machine gun available to the Insurgent faction. It features a 75-round drum magazine and a bipod by default. It is heavier than the AKM but fires the same round with similar recoil patterns. The RPK is the counterpart to the Security faction's M249, when compared side by side, the RPK features higher damage per bullet, a faster loaded and unloaded reload time, and less obstructive iron sights. The RPK also has a faster scope-in time when compared with the M249. 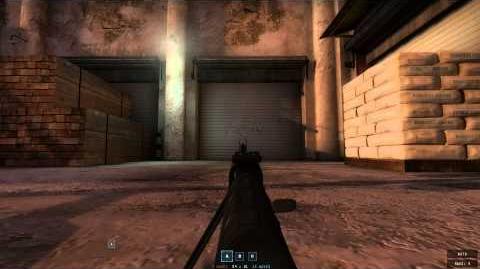