For a short (kurz) version in Insurgency, see MP5K.

The WMP5 (German: Maschinenpistole 5) is a 9×19mm Parabellum submachine gun, developed in the 1960s by a team of engineers from the German small arms manufacturer Heckler & Koch GmbH (H&K) of Oberndorf am Neckar. The MP5 is one of the most widely used submachine guns in the world, having been adopted by 40 nations and numerous military, law enforcement, intelligence, and security organizations.

The MP5 has many different variants, including the MP5SD (German: Schalldämpfer), an integrally suppressed variant; the MP5-N (Navy), a specially designed variant for the United States Navy made in 1986; and the MP5K, a CQB variant which has no stock and a shortened barrel. In addition, several versions are equipped with a compact, detachable forward handgrip which further augments the gun's great accuracy.

The two MP5s in the game are able to use each other's magazines.

The MP5A2 is a submachine gun available for the Insurgent Forces. It was added in the February 28, 2019 update.

The MP5A5 is a submachine gun available for the Security Forces. It was added in the February 28, 2019 update.

The main advantages the MP5A5 has over the MP5A2 is that it features an additional 3-round burst function (although this could also be considered a disadvantage if one were to prefer to only have to switch between semi-automatic and automatic), and that equipping a suppressor gives it the receiver of an MP5SD, which has a much shorter profile than the MP5A2's external suppressor, making it more suitable for close quarters. 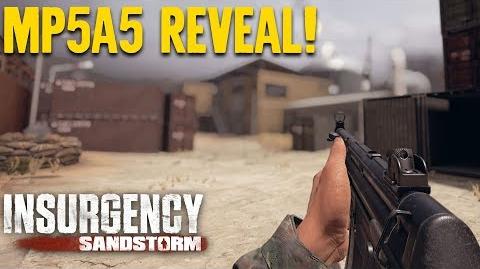 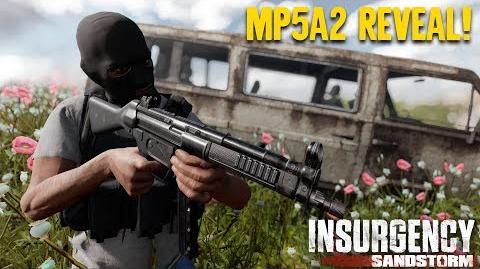