The M203 is a single-shot, underslung 40×46mm grenade launcher designed to fire a variety of grenades, including high explosive (HE), smoke, CS gas and flare grenades. It was originally designed for the M16/M4 platform, however, a few other weapons are compatible with the launcher.

The M203 is the grenade launcher available to the Security Forces. With the ability to fire either smoke or high explosive rounds, it's suitable for long range engagements or providing cover for friendly forces without exposing the shooter to enemy fire. Equipping the M203 will remove the player's ability to carry other explosives.

Unlike other explosives, the M203 is classified as a primary weapon attachment. As a result, the Chest Rig and Chest Carrier will grant the user +2 and +3 munitions, respectively, rather than +1 or +2 munitions that are normally granted to explosives.

Similar to other contemporary first person shooters, close ranges will cause the round to act as a bullet and a direct hit on an enemy at close range will kill, as a 1.5in projectile launched at high velocity is likely to leave a rather large mark. It is worth noting that at close range the round will not explode after striking a surface, regardless of whether or not the surface was previously alive.

The M203 can only be attached to the M16A4 and M4A1 assault rifles. The launcher's 40mm Grenades must reach a minimum arming distance before they will detonate upon impact. The M203 can be selected by selecting the primary weapon after it has already been selected. This is 1 as a default or middle-click. 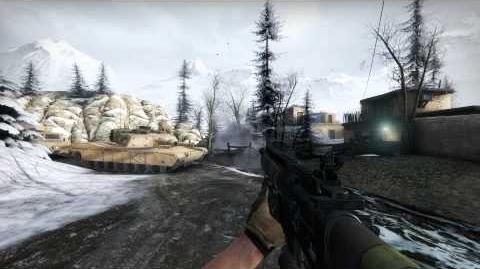 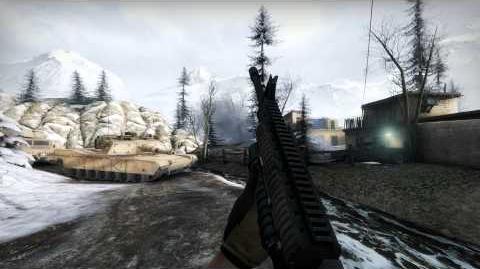 Aiming the M203 attached to an M16A4 after the conquer update