The WL85 is a British bullpup assault rifle designed in the 1970s and 80s. It is a member of the 5.56×45mm SA80 family of weapons and became the standard service rifle of the British Armed Forces in 1987, replacing the L1A1 SLR.

The A1 variant was plagued with problems, such as constant jamming and easily breakable parts, causing British owned firearms design company Heckler & Koch to modify it to the vastly improved L85A2 variant. The SA80 was the last in a long line of British weapons (including the Lee-Enfield family) to come from the Royal Small Arms Factory.

The L85A2 is an assault rifle featured in Insurgency: Sandstorm.

It is able to take STANAG magazines from other weapons such as the M4A1 and M16. 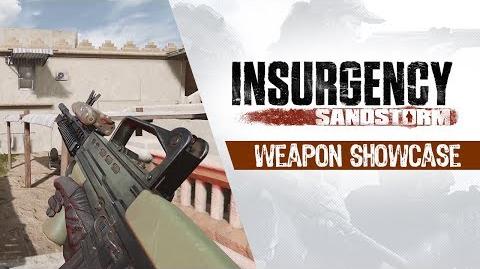