Insurgency (also known as INS, or Insurgency 2) is the second installment in the Insurgency series and was developed and published by New World Interactive. It is the follow-up game to the award-winning Source mod, Insurgency: Modern Infantry Combat. It was officially released on January 22, 2014 on Steam. In February 2017, NWI confirmed that the game would no longer receive content updates (except from bug fixes), due to focusing on the development of Insurgency: Sandstorm.[1]

Insurgency features 22 unique classes (10 Security classes, 11 Insurgency classes, and the VIP class). Though some are very similar, each has different sets of primary and explosive weapons available to them. All classes have access to all available secondary weapons, protective armors, and ammo vests. Each class has 10 supply points that may be used for weapons, attachments, and gear at the start of a match or at a re-supply point.

Insurgency features a total of 13 maps, a number which has been expanding through free updates since launch.

The game features 20 available weapons, each with their own sets of accessories and attachments. Equipment may be used to further customize a player's loadout.

Insurgency, like its predecessor, pits two enemy factions against one another. The game features the Security Forces fighting the Insurgent Forces.

Insurgency has several game mechanics that makes the title unique from other first person shooters. Generally speaking, the mechanics of Insurgency are a mixture of arcade-oriented shooters such as Counter-Strike, Call of Duty, Battlefield and more realism-focused games such as the Red Orchestra and ARMA series, but overall, the game's goal is closer to realism. Due to this interesting combination, gameplay involves fast and tactical movement, as eliminating the enemy and capturing objectives are equally important.

Released December 12, 2014, this unnamed content update added the M45 and M1911 pistols, improvements to Survival gameplay, and other miscellaneous changes. It also includes new night versions of Buhriz and Revolt, as well as gameplay changes to Revolt. New Survival maps Sinjar, Verticality, and Heights have also been included. The full changelist with specific update details can be found here on Steam.

The first reviews for Insurgency were mixed or above average. Insurgency received an average of 75 on Metacritic[2]. Note that there have been significant changes to the game since these reviews were written. 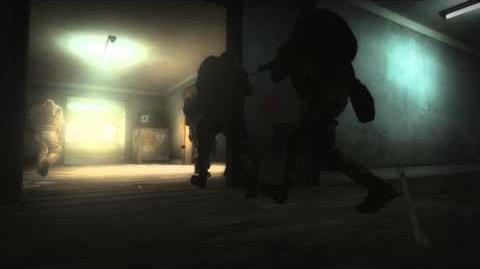 Retrieved from "https://insurgency.fandom.com/wiki/Insurgency?oldid=14269"
Community content is available under CC-BY-SA unless otherwise noted.