The GP-25 is an under-barrel grenade launcher used by Insurgent Forces. It was first introduced in the Insurgency: Hunt expansion.

The GP-25 is a single-shot, barrel mounted, shelless 40mm grenade launcher avaliable to the Insurgent Forces. Being able to fire either smoke or high-explosive rounds, the GP-25 is well-suited for long range suppression and providing cover for friendly forces without exposing the shooter to enemy fire. However, equipping the GP-25 will remove the player's ability to carry explosives.

Similar to other contemporary first person shooters, close ranges will cause the round to act as a bullet and a direct hit on an enemy at close range will kill, as a 1.5in projectile launched at high velocity is likely to leave a rather large mark. It is worth noting that at close range the round will not explode after striking a surface, regardless of whether or not the surface was previously alive.

The GP-25 can only be used on the AKM and AK-74. Each of the 40mm Grenades must reach a minimum arming distance before they will activate upon impact. The GP-25 can be accessed by 1 as a default.

GP-25 attached to an AKM

Aiming the GP-25 attached to an AKM 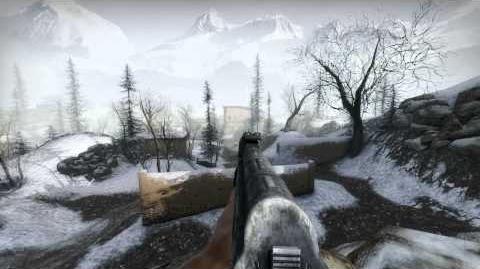 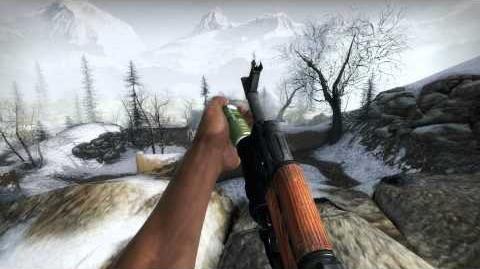