Competitive gameplay refers to a gamemode or theater in which individual skills and teamwork are highlighted in a small-sized match.

The Competitive playlist was introduced to Insurgency February 21, 2015 as a beta. The playlist features a custom 5v5 Firefight gameplay designed specifically for high intensity competitive matches. The mode will eventually feature a team vs team matchmaking and rank system.[1]

In competitive play, rounds are shorter and more fast-paced and players have more limited access to, weapons, and attachments. 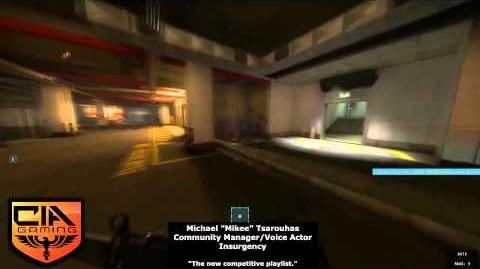