For the similar weapon in Insurgency, see AK-74.

The AK (Russian: Автомат Калашникова, Avtomat Kalashnikova; "Kalashnikov Automatic Rifle"), most commonly nicknamed as the AK-47 or simply, the Kalashnikov, is a Soviet assault rifle designed by Mikhail Kalashnikov in 1947. It entered service in 1949, replacing the SKS carbine. It is known as the most used and most produced firearm in the world, with an approximated 75 million AK-47s produced, and a total of around 100 million AK-types produced.

It was often copied, or modified into unique weapons such as the Chinese Type 56, the Israeli Galil, the Finnish RK-62, AKM, the RPK machine gun, and more modern variants, such as the AK-74 and AK-12. It was first put into service with the Soviet Armed Forces and other nations of the Warsaw Pact, and is still in service with many countries today. It became a cultural icon, not just used widely by some paramilitary and guerrilla forces, but also had an effect that has made it popular in some action television programs, films/movies, printed media, and video games.

The AK-47 is an assault rifle available to the Insurgent faction in Insurgency: Modern Infantry Combat. The AK-47 is used by Insurgent Riflemen as a primary weapon. When compared to the SKS, the AK-47 has a larger magazine and has the ability to deliver full automatic fire. 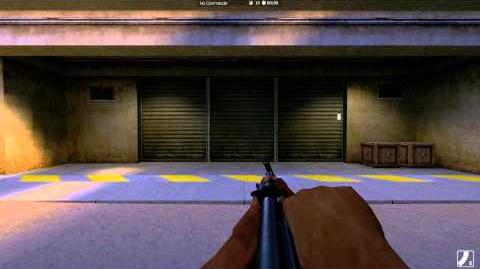